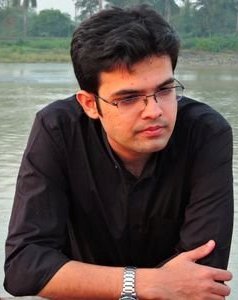 Howrah City is one of the oldest city about 500 year old adjacent to Kolkata linked by Iconic Howrah Bridge. It’s a medium-sized city with a population under Howrah Municipality Corporation area is 13,62,561 (2011) over a geographical area of 63.55 sq. km.
So far Howrah has grown in the shadow of Kolkata, But eventually it emerged as a busting city with various industrial activities. Howrah is also main gateway of Kolkata which is being reflected in the largest number of suburban trains which originate or terminate at Howrah station. Everyday almost 5 to 6 lakh people catch trains and arrive at Howrah station for their work somewhere in Howrah/Kolkata. From a busting industrial Hub, Howrah has now became the most sought after residential place due to better affordability. Shibpur Botanical Garden and river Hoogly provides the natural environment for a better micro climate of the city.
In the past it was one of the most industrialized cities in the state. Most of these industries were Jute, Iron and cotton. Few famous names are Burn Standard, JESSOP, Bridge & Roof, Shalimar Industries, Hindalco, Bengal Jute Mill to name a few. However, now these industries are giving way to new residential complexes. Many of them have already been converted into residential ones, remaining are on their way out. This has created challenges as well as opportunities for the city. By one estimate of World Bank, “Between 2000 and 2030, in developing countries, the urban population is expected to double, and entire built-up areas are projected to triple if current trends continue”. In case of Howrah this is going to be more than true. This rapid demographic and spatial transformation will prove to be difficult for city like Howrah as its capacity is inadequate to cope with major urban challenges. These challenges include climate change, resource scarcity, slum growth and increased poverty, and environmental safety and health concerns.
We, at HMC, have been preparing ourselves to meet these challenges along with all the stakeholders of this historical city. We have been striving very hard to increase the green cover by planting more and more indigenous species plants in and around Howrah city. Solid waste management through waste to energy project, and network of sewerage disposal and treatment plants have been planned to handle both solid and liquid wastes of the city. Emphasis is going to be on recycling and reuse, which will lead the city towards sustainable development. Future projects also include a planetarium, a huge indoor stadium. Our efforts are to make Howrah a favoured destination for all strata of people, a city which is liveable, lovable and affordable. In this endeavor, I need support from all.